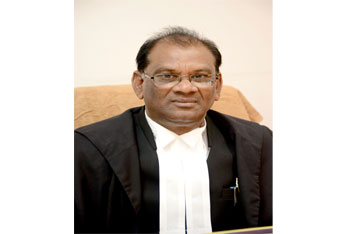 Born on 04th February, 1957 to Sri Venkatadri and Smt.Veeramma at Karamchedu, Prakasam District, in agricultural family. Did his Primary and Secondary School Education at Karamchedu and studied Intermediate in VRS & YRN College, Chirala. Did B.Com., in Andhra Layola College, Vijayawada and B.L., in Andhra University, Visakhapatnam.

Enrolled as an Advocate on 02.3.1984 and joined the Office of Sri P.Venkatadri at Chirala. Shifted practice to High Court in 1988 and joined the chamber of Sri J.Chelameshwar (now, Hon’ble Judge, Supreme Court of India). Standing Counsel – for Navodaya Vidyalaya Samithi from 1991 to 1997, for South Central Railway in 1997, and also worked as Special Government Pleader attached to Advocate General from 18.12.1995 to 31.12.1997.

Married Sailaja, who is an Advocate, and blessed with two daughters – Sneha and Sruthi. 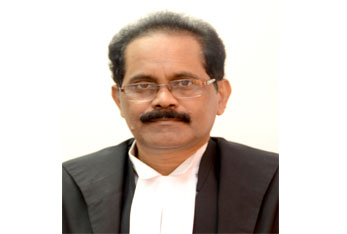