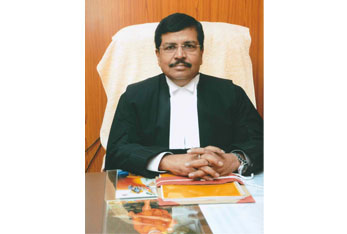 Born on 21-5-1956 at Nidadavole, West Godavari District. A first class student from school days, had his early education upto Intermediate in Tanuku and graduated from DNR College, Bhimavaram. Took his LL.B. and LL.M.(International Law) Degrees from Osmania University, Hyderabad. He possesses certificate in Intellectual Property Rights from Indian Law Institute, New Delhi. He was a Fellow of Bar Council of India Trust during 1983-84. He was a part time Lecturer in Law teaching International Law to Post Graduate students in Osmania University during 1984-85.

After completing Post Graduate studies in Law, he was enrolled as an Advocate in 1982 and joined the office of Sri Justice A. Venkatarami Reddy in 1984 and set up independent practice in 1987, after his Senior’s elevation. Since then he was practising actively in all branches of law till his elevation. He is a champion of public interest and social justice and argued several cases of public interest including the Medical Colleges case against capitation fee (1992 (3) ALT 99), Prohibition Case (AIR 1997 AP 312) and Environmental cases. The case argued for protection of forests in agency areas is well known all over India as ‘Samatha’ case (AIR 1997 SC 3297). He was a Government Pleader assisting the then Advocates General in 1995 & 1996. He was Counsel for T.T.D., A.P. Pollution Control Board, National Institute of Open Schooling, New Delhi, United India Insurance Co. Ltd., and Bajaj Allianz Insurance Co. Ltd.

He is a voracious reader and has keen interest in literature and associated with literary organisation, Yuvabharathi for three decades and was Managing Trustee for Yuvabharathi Foundation. He was Treasurer for Centenary Celebration Committee of Gudipati Venkata Chalam, a great Telugu writer. He was a columnist in ‘Nadusthunna Charitra’, a monthly magazine from Vijayawada writing legal articles in Telugu for ‘Nyaya Peetham’. He is a ‘Jyotish Visharad’ from Indian Council of Astrological Sciences, Chennai and possesses M.A. (Astrology) degree from Potti Sriramulu Telugu University, Hyderabad.

Appointed as Additional Judge of High Court of Andhra Pradesh and sworn-in as such on the forenoon of 21-09-2013. 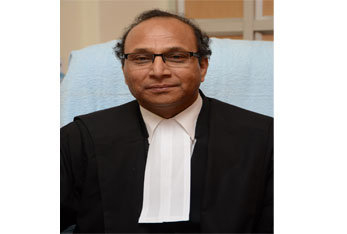 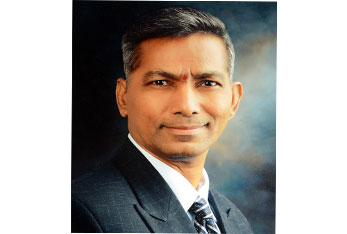